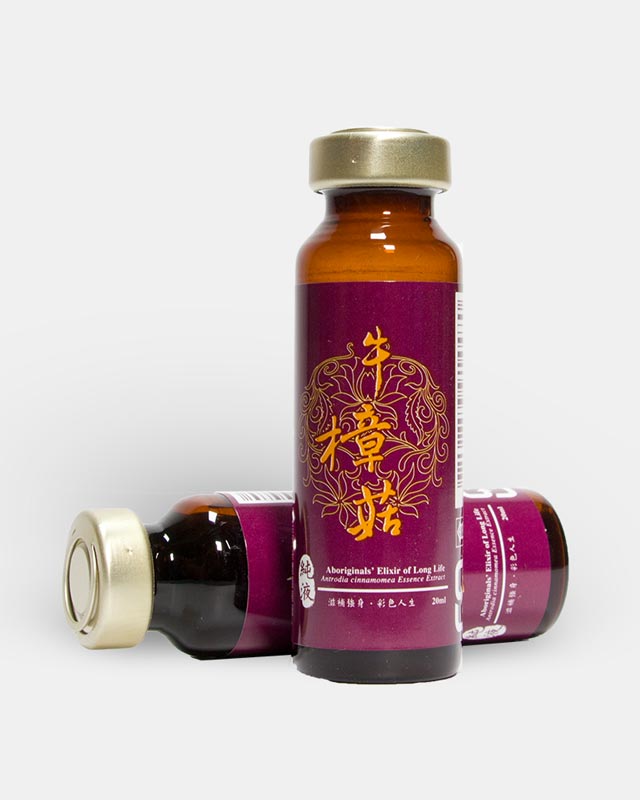 Antrodia cinnamomea is a medicinal fungus found only in Taiwan, well-known for its miraculous effect on a number of health conditions. For instance, it is known to boost strength and well-being, and to reduce fatigue. It is a precious rarity, as it grows slowly only in the inner trunk cavities of the local tree C. kanehirai. This rare combination of slow growth and host requirement makes this fungus currently one of the highest priced food items.

Antrodia cinnamomea, formerly named Antrodia camphorata, is a rare medicinal mushroom well-known for its miraculous effect on a number of health conditions, making it an increasingly popular health supplement for its versatile properties.

The mushroom may be effective in naturally stimulating the immune system. Studies have shown that Antrodia cinnamomea may have antioxidant properties that help reduce free radical damage, associated with aging. Its also been called a promising chemotherapeutic drug for cancer by researchers and may be used in the future for chemoprevention, which uses natural agents to prevent the initiation or spread of symptoms caused by carcinogenesis.

Liver cancer is the leading cause of cancer deaths for men and the second leading cause of cancer deaths for women, according to the Taiwan Department of Health. In fact, liver damage caused by liver cancer and hepatitis B is 1 of most prevalent malignant diseases today. Excessive alcohol, stress, late nights, poor diets, smoking, and even drug abuse all contribute to liver deterioration. Recent research suggests Antrodia cinnamomea can be an effective complementary supplement to assist liver function.

Often called the medicinal fungus of fortune, Antrodia cinnamomea is only found in Taiwan and grows slowly in the trunk cavities of the endangered camphor tree Cinnamomum kanehirai, a broad-leafed evergreen tree that grows at altitudes of 450-2000 meters in low-elevation mountainous terrain. This peculiar combination of slow growth and host-specific requirements makes this mushroom one of the highest priced food items in the world with prices up to US $11,000 per pound.

Our Antrodia Cinnamomea has been studied and certified, with the findings published in medical journals.  They are listed on the U.S. NIH website, PUBMED.GOV.

Our authentic strains of Antrodia cinnamomea have a rDNA similarity of 99.7% compared to wild-type Antrodia found in nature, as identified by NCBI’s global genome database, GenBank (the less than 1% variance is attributed to genetic diversity within any species, much like how all humans have the same genetic code but slightly different DNA). We infuse these pure strains with micro-nutrients during each maturation stage at optimal temperatures, humidity and geomagnetic conditions. These proprietary processes cultivate both the precious fruiting bodies and mycelia of the Antrodia cinnamomea mushroom. Laboratory analysis shows our pure Antrodia cinnamomea extract contains bioactive ingredients that match and exceed those associated with the rare wild mushroom.Our Antrodia mushrooms are 100% pure and 100% mushroom.

The other key to cultivating any biologically active mushroom is “Geographical Authenticity”, because only natural micro-habitat conditions can give each mushroom its unique biomedical features. Our Antrodia cinnamomea is cultivated in geographically authentic conditions that mimic their natural habitat, which is the only way to maximize their potency. They are enriched with a plethora of micro-nutrients, including rare minerals and trace elements that are often lacking from our daily diet. They do not contain any residues and are. All products are safe, hygienic, clean, and 100% free of impurity and microbial contamination.

Our liquid mushroom extracts contain over 25 g/L of polysaccharides.